I wouldn't call myself a hard-core gamer, but I like to relax with what are known in the business as "casual" video games. These games are typically easy to learn how to play but can be quite challenging to master. As a producer, I've helped create games from a number of different genres, as well as several adaptations of popular licensed properties. As a designer, I am most interested in combining story with game play, and this is evident in the hidden object/adventure and social games I've had the privilege to help write and design for Suricate Software, JoinDots, Playcademy, and Nat Geo Games. These games are available across a variety of platforms, including PC and Mac downloadable, CD, Nintendo DS, and online gaming sites.


Many of these games are currently available - click each image to find out more! 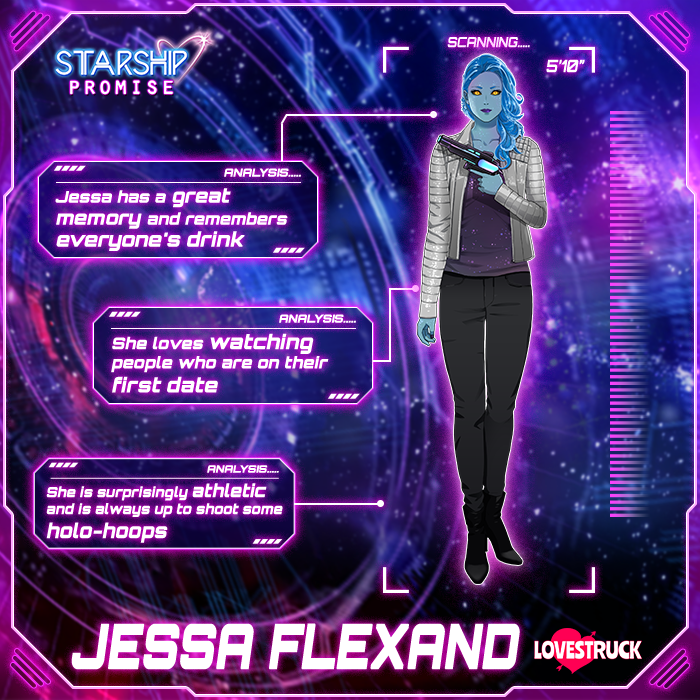 2021 - Explore the universe and discover a galaxy of love in this exciting spacefaring romance set far in the future! Jessa Flexand is the owner and operator of a popular dive bar on a starship colony in deep space. Union, Empire, and Underworld figures alike all patronize her establishment, known throughout the galaxy as a place of neutrality and discretion. Who would've thought it could also be a place to find adventure and romance? 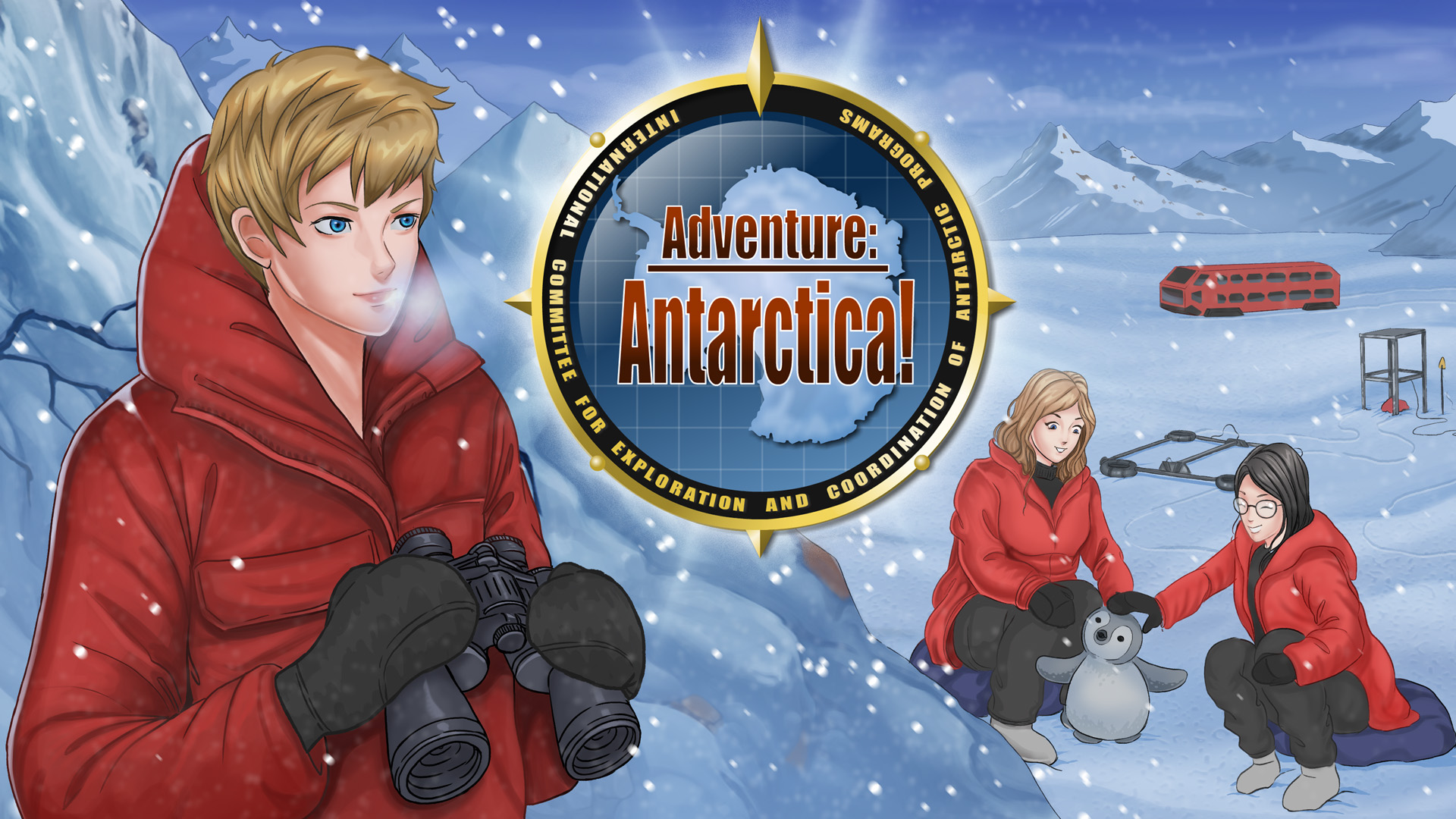 In development - There has been a massive die-off of local penguin populations in Antarctica's Ross Sea. Your job as a student intern on a team of world-renowned scientific experts assembled by the Internatiional Committee for Exploration and Coordination of Antarctic Programs (ICECAP) is to help determine the cause of this mysterious tragedy! 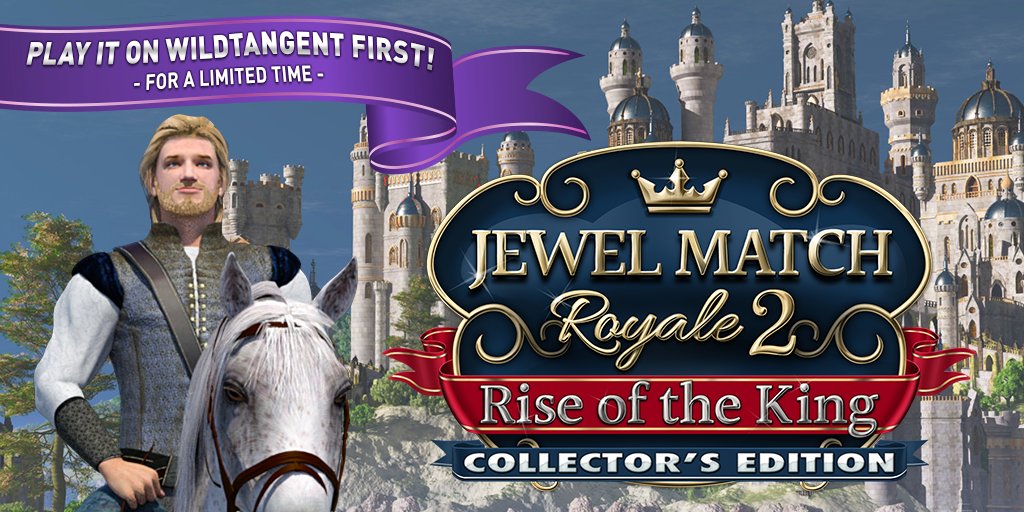 2018 - Return to Nerinia and save the neighboring kingdom Merovina from the evil Lord Sephiran in this epic match-3 adventure! Explore 150 levels, collecting resources to build majestic monuments for the prosperity of the realm! 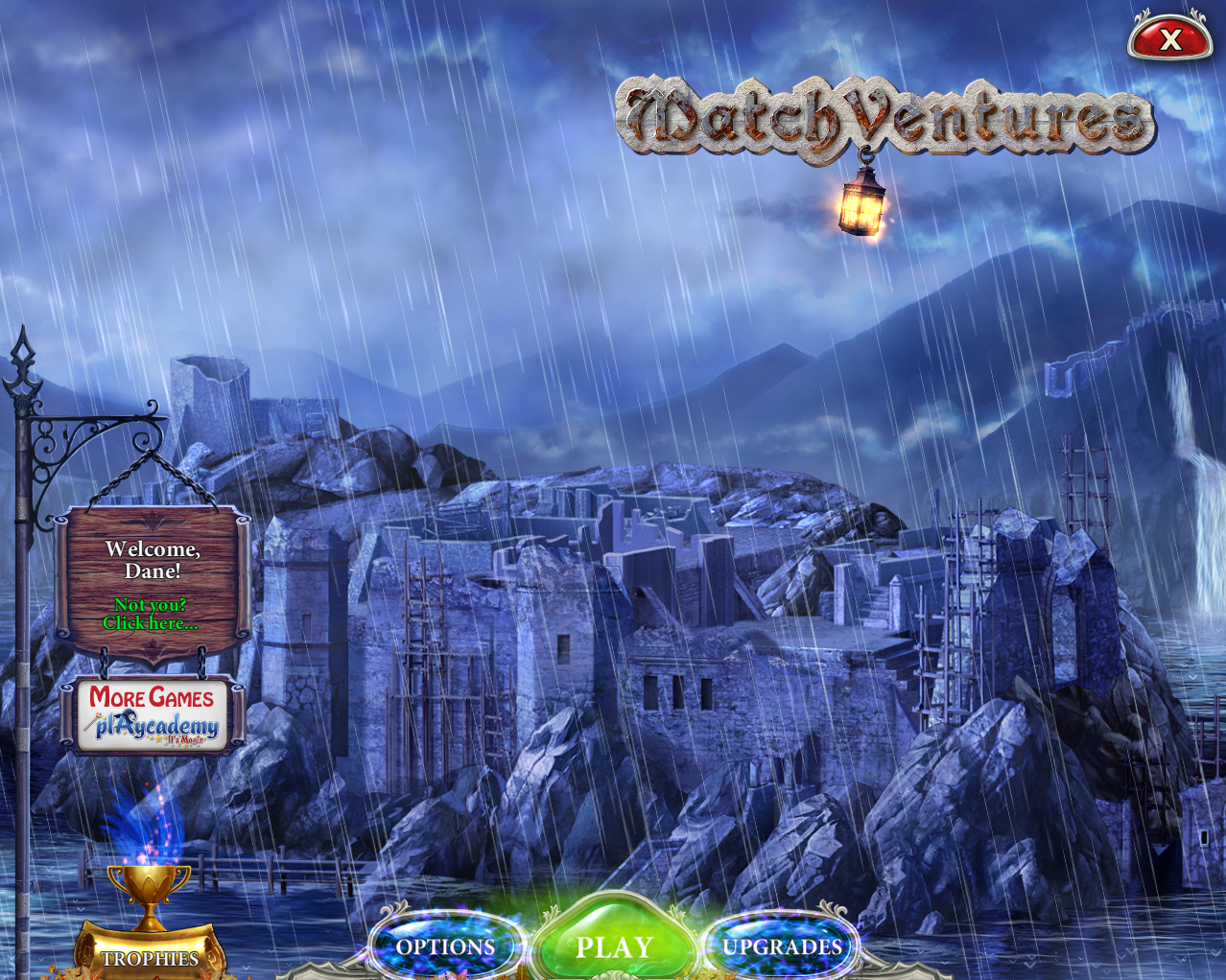 2017 - Explore the dungeons of Cliffmont Castle in this unique new match-3 adventure! Traverse huge levels and overcome dozens of obstacles as you search the depths for valuable items to help rebuild the castle that was ravaged by the dark dragon master Dragor. Fight off enemies, explore caves, and solve puzzles, all with the aid of your one ally Finley the Leprechaun and his company of dwarves. Fulfill an ancient legend that would rid the land of darkness! 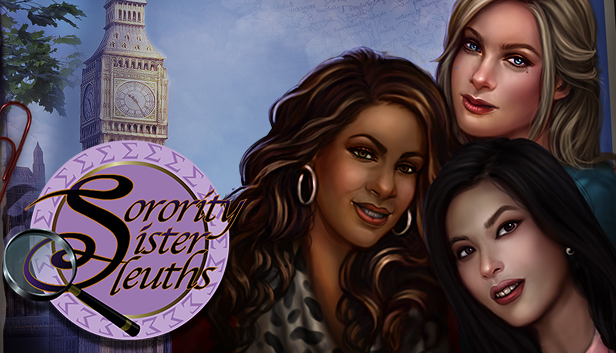 2017 - Three recently graduated college co-eds, close friends who lived in the same sorority house at the University of Washington, embark on a summer-long trip across Europe, encountering mystery, intrigue, and romance at every destination! First stop - London! 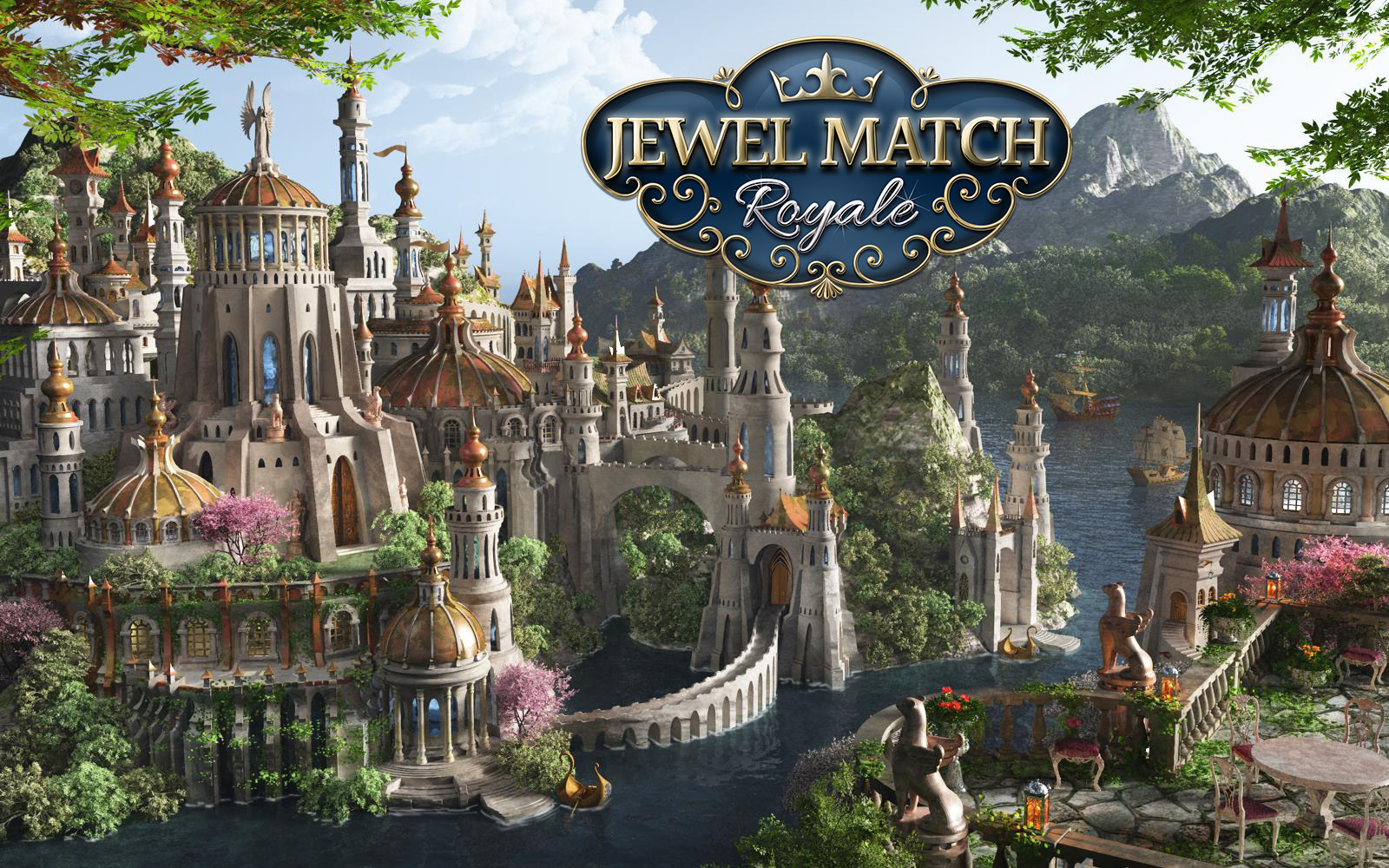 2016 - Restore magnificent castles in a royal match-3 adventure! Traverse vast levels to help commoner Matthew to win Princess Sofia's hand in marriage and rebuild the kingdom's legacy castles and estates. Use additional resources gathered from bonus games to add special decorations to each scene. With the completion of each restoration, Matthew achieves a higher noble status, bringing him another step closer to his dream of marrying his beloved Sofia!


Plan It Green: The Big Switch!

2012 - 2014 Become mayor of your own city and lead the effort to transform it into the greenest, most energy-efficient city in the world! Design and build your personal green metropolis in Plan It Green: The Big Switch!, a new social gaming experience from National Geographic. Learn about the environment, renewable energy systems and what it takes to build and manage a city of the future.


Inspector Magnusson: Murder On The Titanic 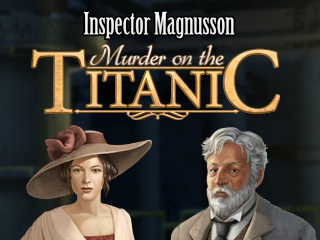 2012 - Unravel a tale of murder and conspiracy on the doomed ship with Inspector Magnusson - Murder on the Titanic Deluxe, a captivating seek-and-find investigation. As assistant of professor and globetrotter Jakob Magnusson you will board the breathtaking ship on its voyage to New York. In the early evening of April the 14th, in the depths of the mighty ship the body of a coal worker has been discovered, a victim of murder most foul. It is now up to you to solve this murder. Gradually you will discover the dark secret the Titanic holds, one you could never have dreamt of. What is the role of the sister ship, Olympic? And what has the owner, White Star Lines, to do with this?


Emily Archer And The Curse Of Tutankhamun


2011 - A thrilling hidden object murder mystery in Egypt! Lady Archer was invited to Egypt to see the priceless treasure of King Tutankhamun by her friend Lord Carnarvon. She arrives only to find her dear friend murdered and the mask of the great boy king stolen! Help Emily Archer to solve the murder and find the missing mask. Can you solve the murder...or is it the curse of Tutankhamun?


The Mysterious Case of Dr. Jekyll and Mr. Hyde 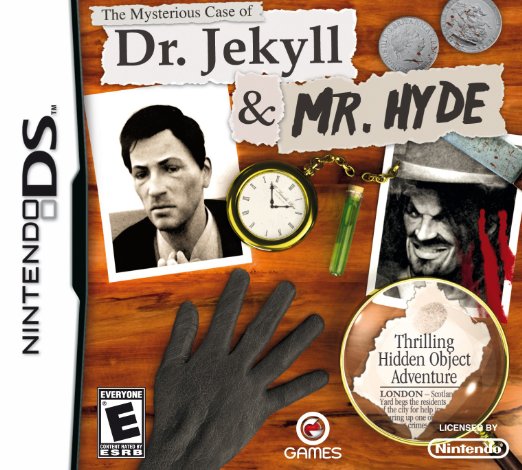 2010 - After a respected member of Parliament is found murdered, it's up to you to go on the search for the killer, the notorious Mr. Hyde! Step into the shoes of an inspector from Scotland Yard, and dive deep into the case to try to find out why Sir Danvers Crew has been killed. Search beautiful Hidden Object scenes in The Mysterious Case of Dr. Jekyll and Mr. Hyde! Can you crack the case and discover the horrifying truth? 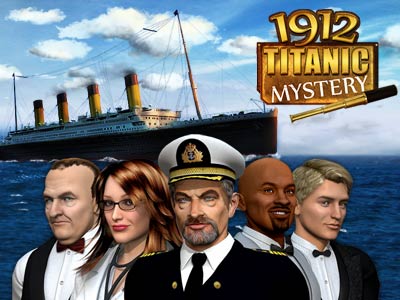 2009 - Climb aboard for history and suspense in 1912 Titanic Mystery Deluxe, a frantic chase to prevent a modern-day oceanic tragedy! One hundred years after Titanic's fatal voyage, a modern replica, Titanic II, is set to sail and commemorate the historic trip. What looks to be a festive occasion, quickly turns into a deadly game of hide and seek. A bomb is aboard the Titanic II, a replica of the famous cruise ship! You are the sole person who can find where the bomb is concealed. Save the ship, and all aboard, during its maiden journey across the Atlantic Ocean. Search for Hidden Objects among original locations around the majestic ship to discover hidden diary entries and other clues to uncover the bomb`s location. Solve a century old mystery in 1912 Titanic Mystery!


Hasbro's The Game Of Life 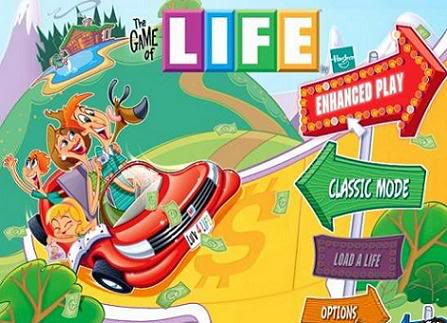 2009 - Where will life lead you? Give the spinner a whirl and find out in The Game of Life! Choose a career, build a family, and grow your fortune in this amazing new version of the family classic board game. You've never seen The Game of Life like this before. See if you're destined for Countryside Estate or Millionaire Mansion today! 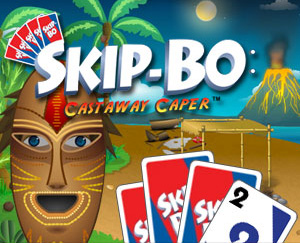 2008 - Explore a remote island teeming with SKIP-BO fun in SKIP-BO: Castaway Caper! After your ship washes up on the shore of a seemingly deserted island, it quickly becomes clear that the island is not only inhabited, but that it is also home to a powerful volcano. Your presence has awoken and angered the volcano and put the entire island in jeopardy. Fortunately, the islanders are masters at the great game of SKIP-BO and are willing to teach you their favorite game. Only you can play SKIP-BO with the friendly inhabitants of the island, calm the active volcano, and restore the quiet peace of this tropical paradise. With four unique game modes, challenging mini-games, and endless, family-friendly, SKIP-BO fun, SKIP-BO: Castaway Caper is an original adventure featuring one of the world's favorite card games.

2008 - You've been dreaming about shining gems and jewelry all your life? In Jewelix, you can now use a wonderful chance to try yourself as jeweler. Your uncle Pierre Beaumont has passed away and entrusted you to run his Jewelry shop in Paris and $1000 in the hopes that you will continue your family jeweler's tradition. As you create new pieces of jewelry, your clientele of customers will increase. Use the profits from your sales to remodel the run-down shop and turn it into the finest jewelry establishment in the City of Light!


Treasures Of The Deep 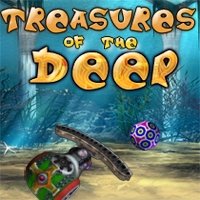 2007 - Treasures and jewels are waiting! Go underwater in Treasures of the Deep, an extravagant brick-breaking adventure. Enjoy discovering more than 20 species of fish and a variety of marine vegetation. With more than 100 unique levels, full of riches and excitement, you will be enthralled for hours. 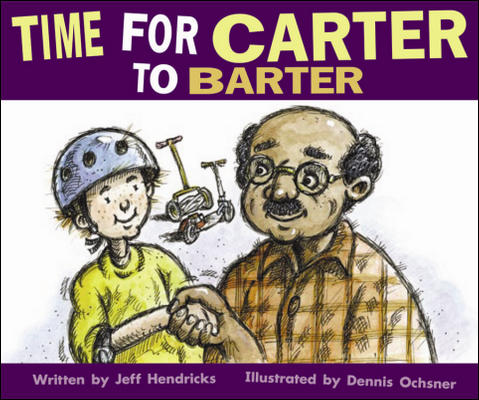 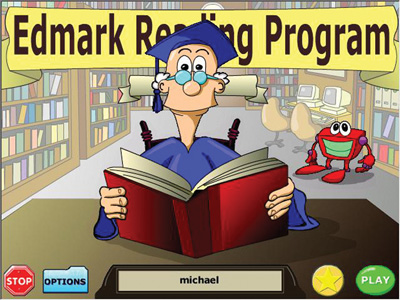 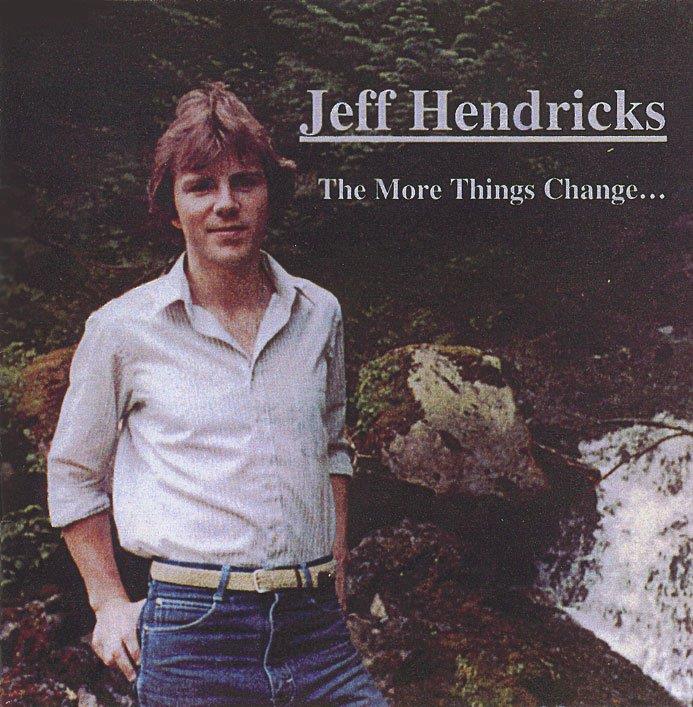